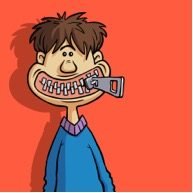 God is not silent he knows

everything & will assist you

in your time of despair

A song. A psalm of Asaph.

2 See how your enemies are getting ready for action.
See how they are rising up against you.

4 “Come,” they say. “Let’s destroy that whole nation.
Then the name of Israel won’t be remembered anymore.”

5 All of them agree on the evil plans they have made.
They join forces against you.

6 Their forces include the people of Edom,
Ishmael, Moab and Hagar.

7 They also include the people of Byblos, Ammon, Amalek,
Philistia and Tyre.

8 Even Assyria has joined them
to give strength to the people of Moab and Ammon.
Selah

10 Sisera and Jabin died near the town of Endor.
Their bodies were left to rot on the ground.

12 They said, “Let’s take over
the grasslands that belong to God.”

16 Lord, put them to shame
so that people will worship you.

17 May they always be filled with terror and shame.
May they die in dishonour.

18 Your name is the Lord. Let them know
that you alone are the Most High God over the whole earth.