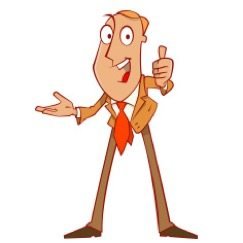 Give thanks to the Lord

1 Give praise to the Lord and announce who he is.
Tell the nations what he has done.
2 Sing to him, sing praise to him.
Tell about all the wonderful things he has done.
3 Praise him, because his name is holy.
Let the hearts of those who trust in the Lord be glad.
4 Seek the Lord and the strength he gives.
Always seek him.
5 Remember the wonderful things he has done.
Remember his miracles and how he judged our enemies.
6 Remember what he has done, you children of his servant Abraham.
Remember it, you people of Jacob, God’s chosen ones.
7 He is the Lord our God.
He judges the whole earth.
8 He will keep his covenant forever.
He will keep his promise for all time to come.
9 He will keep the covenant he made with Abraham.
He will keep the promise he made to Isaac.
10 He made it stand as a law for Jacob.
He made it stand as a covenant for Israel that will last forever.
11 He said, “I will give you the land of Canaan.
It will belong to you.”
12 At first there weren’t very many of God’s people.
There were only a few, and they were strangers in the land.
13 They wandered from nation to nation.
They wandered from one kingdom to another.
14 But God didn’t allow anyone to treat them badly.
To keep them safe, he gave a command to kings.
15 He said to them, “Do not touch my anointed ones.
Do not harm my prophets.”
16 He made the people in the land go hungry.
He destroyed all their food supplies.
17 He sent a man ahead of them into Egypt.
That man was Joseph. He had been sold as a slave.
18 The Egyptians put his feet in chains.
They put an iron collar around his neck.
19 He was in prison until what he said would happen came true.
The word of the Lord proved that he was right.
20 The king of Egypt sent for Joseph and let him out of prison.
The ruler of many nations set him free.
21 He put Joseph in charge of his palace.
He made him ruler over everything he owned.
22 Joseph was in charge of teaching the princes.
He taught the elders how to think and live wisely.
23 Then the rest of Jacob’s family went to Egypt.
The people of Israel lived as outsiders in the land of Ham.
24 The Lord gave his people so many children
that there were too many of them for their enemies.
25 He made the Egyptians hate his people.
The Egyptians made evil plans against them.
26 The Lord sent his servant Moses to the king of Egypt.
He sent Aaron, his chosen one, along with him.
27 The Lord gave them the power to do signs among the Egyptians.
They did his wonders in the land of Ham.
28 The Lord sent darkness over the land.
He did it because the Egyptians had refused to obey his words.
29 He turned their rivers and streams into blood.
He caused the fish in them to die.
30 Their land was covered with frogs.
Frogs even went into the bedrooms of the rulers.
31 The Lord spoke, and large numbers of flies came.
Gnats filled the whole country.
32 He turned their rain into hail.
Lightning flashed all through their land.
33 He destroyed their vines and fig trees.
He broke down the trees in Egypt.
34 He spoke, and the locusts came.
There were so many of them they couldn’t be counted.
35 They ate up every green thing in the land.
They ate up what the land produced.
36 Then he killed the oldest son of every family in Egypt.
He struck down the oldest of all their sons.
37 He brought the people of Israel out of Egypt.
The Egyptians loaded them down with silver and gold.
From among the tribes of Israel no one got tired or fell down.
38 The Egyptians were glad when the people of Israel left.
They were terrified because of Israel.
39 The Lord spread out a cloud to cover his people.
He gave them a fire to light up the night.
40 They asked for meat, and he brought them quail.
He fed them well with manna, the bread of heaven.
41 He broke open a rock, and streams of water poured out.
They flowed like a river in the desert.
42 He remembered the holy promise
he had made to his servant Abraham.
43 His chosen people shouted for joy
as he brought them out of Egypt.
44 He gave them the lands of other nations.
He let them take over what others had worked for.
45 He did it so they might obey his rules
and follow his laws.